Crypto has taken off as a new asset class. Its success is due to its lack of correlation with other asset classes, meaning that cryptocurrency holdings and traditional investments do not move in the same direction. It also offers low transaction costs and quick transactions so it’s an attractive way for investors to diversify their portfolio while taking on minimal risk.

The future looks promising for the crypto market, with predictions of lower transaction fees, wider acceptance by retailers (e.g. Amazon), and more applications for cryptocurrency, including in the financial sector.

But one thing is certain: the market is volatile. It’s one of the biggest risks to owning cryptocurrencies today and an obstacle for mainstream adoption. In this article we look at how you can level up your crypto portfolio. Let’s get started!

Before you can level up your crypto portfolio, you need to learn the basics of cryptocurrency.

The first thing to know is that cryptocurrency is not issued by governments or banks – it’s decentralized. Think of it as digital cash. So, you can buy and sell cryptocurrency like any other asset class and expect the price to go up and down.

It’s the volatility that brings opportunity (more on that later), but don’t let the risk put you off. If you’re going to invest in cryptocurrency, do your research and learn about it as much as possible before putting your hard-earned money in it.

The crypto world in the past weeks has been characterized by what I describe as financial rancor, confusion, and growing skepticism – which, to be fair, is a prominent feature of any form of financial investment. Earlier this month, crypto saw a rather sudden nosedive in value, in what is the most devastating dip since 2011, after a more than 11% drop in worth.

It goes without mentioning that just a few days ago, another ruinous bout of volatility hit the crypto space, leading to another round of dip in value. This, of course, came shortly after China’s crackdown on cryptocurrencies and what I call the “Musk effect,” which cited the environmental impact of mining digital currencies.

Whether you are a newbie in cryptocurrency investment or an existing investor, it is not out of place to start entertaining doubts, especially given the recent downward trend that has struck the crypto market. The truth is, times such as this, is at worst, just another opportunity to ask honest financial questions and reflect on how well to leverage the potentials of coin ownership and trading.

At the same time, you ask these questions and reassess your strategies going forward. It is essential to understand that for every bear market, there is a bull market.

This means that for every trend, whether downward or upward, there is almost always an opposite trend – in an endless cycle of perpetual balance. Crypto experts have opined, and continuously so too, that the dip, however devastating, will ultimately be met by a corresponding bloom – similar to Taoist Ying Yang analogy. 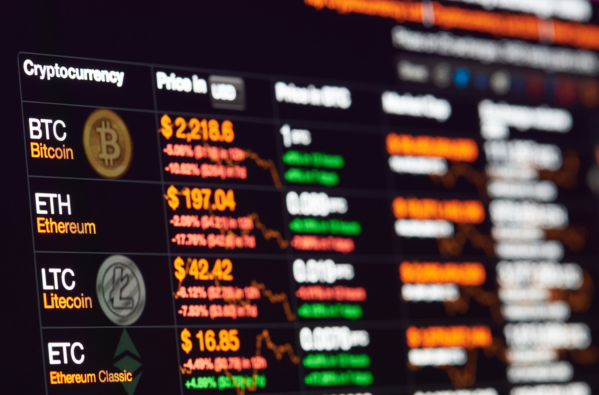 There remain, of course, many eminently sensible questions around the recent boom and sudden dip of cryptocurrency: why, how, and what happens next? This is best seen through the lens of adoption.

Crypto as an industry, and an asset class, has now come of age. Let us not forget that it is in the relatively recent past (such as the previous 18 months) that it was the sole preserve of a niche within a niche. Now, however, crypto is firmly in the mainstream, regardless of its current state.

In October 2020, payments giant PayPal jumped into the bitcoin and cryptocurrency space, announcing it will soon be offering bitcoin buying and spending services. The news sent shockwaves around the financial world, with PayPal’s perceived capitulation to Bitcoin taken as a sign that broader adoption is on the way.

In February, earlier this year, Tesla – the electronic cars manufacturer bought $1.5biilion worth of bitcoins and further announced its intentions to commence acceptance of payments for its cars in bitcoins. Regardless of the recent development within Tesla in relation to exiting the crypto market, I cannot help but applaud the potentials of crypto going forward.

Like Nicholas Pelecanos, head of trading at blockchain development platform NEM noted: “Fundamentally, bitcoin is a much more vital asset now than it was three years ago due to several factors, including the halving, a rise in institutional adoption, real-world use cases emerging, publicly listed U.S. companies moving 10% of their balance sheet into the asset and payments giants like PayPal accepting crypto.

There are several reasons why the boom is inevitable.

Studies have shown that the bear and bull market nature of crypto could be a major cause for optimism, following the recent drop in value. The dip, as we know it, is more and more likely to force an exodus of capital values by investors, but the catch is: whenever it does again, after a spell of stability, the value is likely to hit an all-time high. 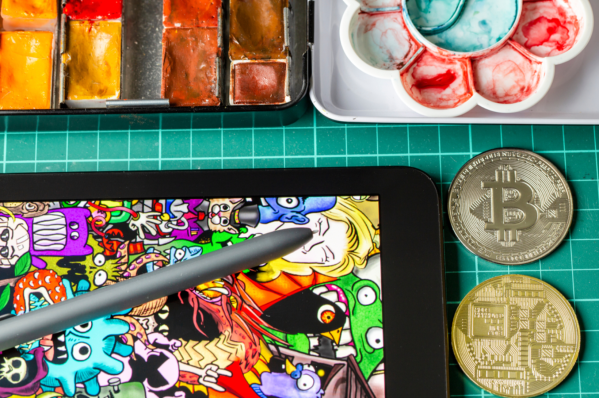 I have said it before, and I am repeating it: the way to stay on top is to remain in touch with trends and changes. With the NFT hype, superstars, and big brands jumping on it, as an artist or creator, this article would guide you on how to make money from NFT.

Elsewhere, I showed you how artists and content creators could be the biggest sellers in NFTs, by putting their works on securitized NFTs, making more money and profit directly from consumers. The increased quest for knowledge in one subject area shrouded with so much technical jargon typical of blockchain technologies is impressive.

In March 2021, Christie’s, a global name in auction houses, sold a Beeple’s Everydays for an NFT work of art for $69 million in her first full digital auction. This record breaking deal has drawn the attention of many to NFT.

While you may not earn as much as $69 million, you are going to be what I consider a very profitable game-changer for investors and creators in the world of Arts.

If you are an artist, the NFT space is another platform to create and share your work and get big money and admirers to follow and support your work. From all kinds of works—GIFs, designs to more complex art stuff like music, aspects of creativity, you as an artist can enjoy some better public visibility of a range of ways to buy/sell arts and make money. It is the hottest space today that is predicted to become big.

Exploring a new space as NFTs is not always easy. There is much need for learning. However, the truth remains that to win, you must always stay on top of trends. Now, follow me as I show you all you need to know about Non-Fungible Tokens (NFTs).

As one who has been involved in e-commerce, digital marketing, venture capital, marketing, and others, I follow trends very closely and keep my eyes on interesting market moves. NFT like cryptocurrency, brings a mix of unpredictability and excitement.

Nevertheless, like what smart people do, you have to take apart whatever you hear, do your research, and make your informed and valid decisions.

NFTs have been around for about seven years, but only an affair of a few big people. While only gaining some good popularity as a medium for transactions in digital artwork, it has since attracted an investment of $174 million since November of 2017. The current trends and indicators show that the NFT space is going to explode. As hard as establishing a business that’s big enough to be worth a substantial amount of money is, selling that business off comes at a close second. There are a lot of processes involved and getting a buyer that’s willing to pay the highest value for your business can also be challenging.

In its most basic term, it’s just a transaction between you, the seller to the buyer for a sum of money at mutually acceptable terms. For example, you may want to ensure that your employees remain employed even after you sell the company. This is the sort of thing you include into the contract.

So, I think it’s perfectly normal for you to want to sell your business. However, to do that well, here are a few tips you should keep in mind. 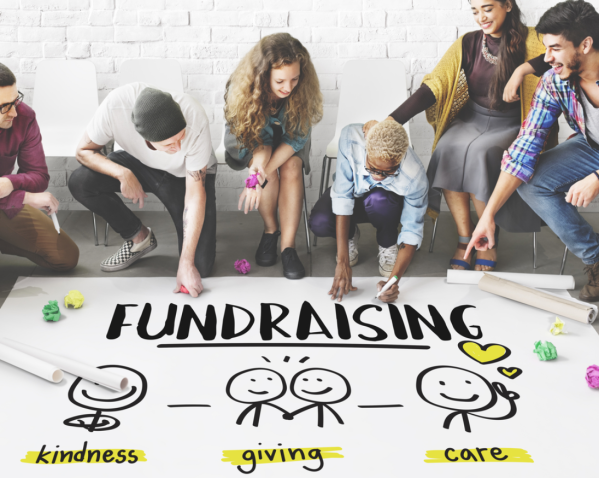 Are you thinking of starting a fundraiser to raise money and resources for your business, an upcoming event, or any other purpose? There are things you should know before you start a successful fundraising. I will be giving you the necessary things you need to know before you execute that fundraising plan.

So what does fundraising mean? From my own understanding, fundraising is simply the process of requesting money and resources from individuals, businesses, charitable foundations, or government agencies.

As a beginner, fundraising can be perplexing and frightening at times. I can assure you that you don’t need to feel this way.

The majority of fundraisers felt the way you are feeling right now. Anyone can become an excellent fundraiser. You just need to learn the basics of fundraising and then train over and over.

The following are things I feel you should know before you start fundraising. 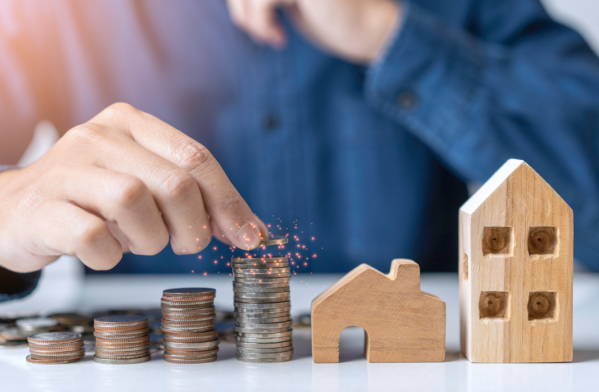 The real estate market is a hot spot of activity. Regardless of what happened last year, it is still an excellent place to invest and benefit. I would guarantee that it has always been a big earner for those looking to develop long-term wealth. It is a perfect way for you to boost your total holdings in 2021.

There’s no excuse not to include real estate in your investment portfolio. Starting in real estate is not as hard as you think. There is no easy way to make money or get rich in real estate, but you can create wealth over time by investing wisely.

Just like any other business, it has some risks. If you take the time to educate yourself about the process and the best ways to get better returns, real estate can be a great way to create wealth.

Here are a few of the top real estate investment strategies that I’ve found to be successful:

Having started, succeeded and failed at a number of businesses and having coached others, I have discovered a number of mistakes that new or aspiring business owners make. I  have decided to address a couple of these mistakes to enable you avoid them in case you’re already headed in that direction. With these, you will be enlightened and make necessary adjustments.

The saying that failing to plan is planning to fail rings true in everything, but more in business. The world of entrepreneurship can be overwhelming, especially if this is your first go at it. However, you can avoid some of these gruesome encounters if you create a detailed plan to help you navigate it.

Apart from the business plan, you should always have what I call an “action plan” that will outline your actions in a step-by-step format. Thus, you know what steps to take one after the other.

However, you must know that plans don’t always work out perfectly. This underscores the need for contingency plans. This takes us to the next point.

According to Zig Ziglar, You don’t have to be great to start, but you have to start to be great. There are several persons with brilliant ideas but we don’t get to see much of it.

This is because most of these ideas die in the mind of the conceiver as a result of fear of getting started. However, you don’t need to be perfect to start. You can start small and build your brand to perfection.

I’ll share with you the tips you need to kick off your startup in 2021.